The Arboretum of Sárvár

Among those of Vas county, the first arboretum mentioned in manuscripts was Sárvár. During the period of the Hungarian Renaissance, Sárvár’s garden was already famous first of all for its cultivated plants and garden 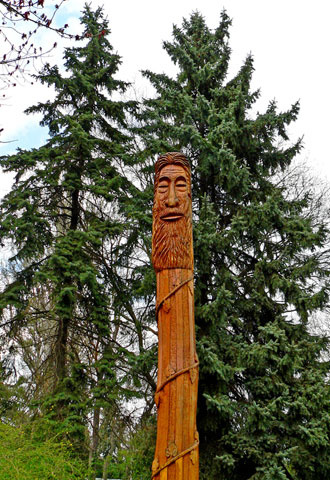 In the middle of the 16th century, there was Tamás Nádasdy's fruit and vegetable garden on the area of the present Arboretum. Intern István Kerty was managing the garden perfectly, so much so that the fruits of the garden were famous even at the imperial court. Ferenc Nádasdy (the 3d) already planted rare herbaceous plants and shrubs. Gardening flourished until 1671 when he, the Judge of the Royal Court at that time, was beheaded for his participation in Wesselényi's conspiracy and his estates were confiscated. Later, the owner of the garden was changed several times since the fate of the garden was linked to that of the castle. The establishment of the park was started by Ferdinánd Habsburg, Archduke of Modena, who took over the castle and the management of the estate in 1803. After the elimination of the land area of the protection system, he established a garden following the garden architecture style that was fashionable at that time. It was a difficult yet rewarding task to create a new garden on the area of the old one. An orchard was again planted on a part of it, while the rest of the area was gradually occupied by an English-style park, retaining the old oaks and other old trees. Plane trees having more than three meters of stem diameter come from the first planting (1812). Yew, honey tree, and lime tree were mostly planted according to the fashion. Creek Gyöngyös, crossing the area, provided a favorable climate for the plants and the pond maintained groundwater level.

In 1868, Bavarian Crown Prince Ludwig Wittelsbach inherited the castle and the garden who introduced the famous Bavarian forest management and experiences. He made his home experts work hard on changing the poor grazing forests around the town. Thanks to their work, the forests around Sárvár are now famous all over the country. His experts also took a good care of the improvement of the castle park. In 1881, Grazman, Bavarian royal forest inspector enriched the arboretum with special Japanese plants. Károly Scherg already listed 123 tree and shrub species in his article published in Erdészeti Lapok in 1932. World War II did not cause serious damage in the arboretum, most of the old trees survived. In 1951, the local forestry cooperative took over the management.. The most important tasks of restoration were carried out. As a result, the National Nature Conservation Council declared the arboretum as protected in 1952. In 1953, the management and the development of the important arboretum was assigned to the Forest Research Institute. Dr. Ferenc Kopecky started the work according to the expert advise of István Báno and József Retkes who were active in Kámon. As a result, the number of taxa was doubled by 1967. The lake system was cleaned, Creek Gyöngyös was regulated, a sytem of water gates was built to adjust water level. Roads and bridges were restored, greenhouses were built, which are suitable for forest tree improvement and growing plants for the park. His successors continued his work according to the same standards. A major development was conducted by Dr. József Gergácz from 1987, when the experts of the Arboretum began to make a collection of plants from the Far East.

Currently, 300 tree and shrub species can be found in the arboretum. Basically, the garden can be divided into two parts. One of the former hardwood floodplain forest is a residual grove forest, which, in the middle of the city, shows conditions before the urbanization. 400-year-old pedunculate oaks, common ashes, and younger specimens of field elms cover the area with the common mixed tree and shrub species of grove forests, surrounding the pond of 1 ha. The other part of the botanical garden is an arboretum in the traditional sense, where the present landscape was formed on the English park that was established 200 years ago. These several centuries-old specimens are most propably of the greatest value of the Arboretum. The landscape is dominated by 200-years-old plane trees, black pines, yews, Sophora japonica, Kentucky coffee trees, and a huge Fraxinus excelsior 'Diversifolia'. 100-130-years-old magnolia trees (Magnolia denudata, M. hypoleuca, M. Kobus, M. liliiflora 'Nigra', M. tripetala) delight visitors. Acidic alluvial soil provides favorable site conditions for different species of rhododendrons and azaleas. The Experimental Station of the FRI in Sárvár is situated in the park. During their walk, visitors might have a look at the chalk statue of György Koltay (1899-1961), forest engineer, who received a Kossuth Prize for his achievement. Visitors can also come across the Doll House which was built for the children of the Duke of Bavaria, and they can look at some of Mihály Németh's statues that were placed here. Apart from the greenhouses and farm buildings, the arboretum can be visited all the year round.