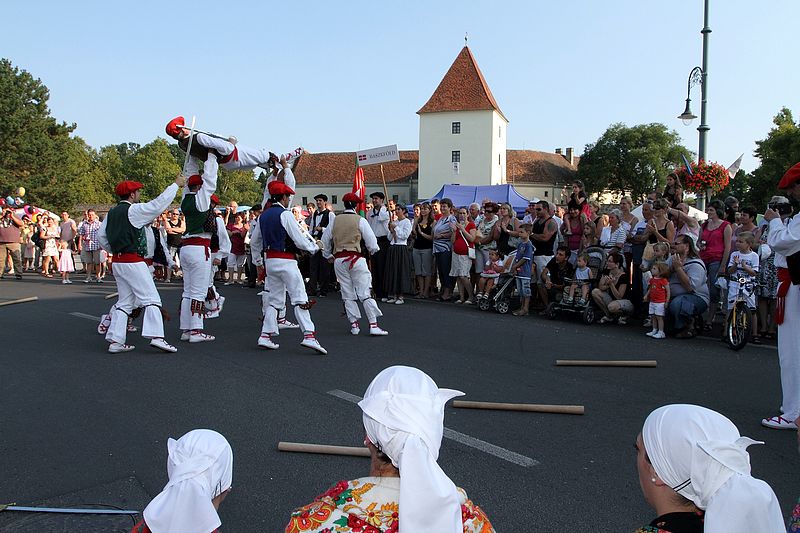 Not only European, but American, African and Australian groups performed at Sárvár as well. The Festival functionally infiltrated into a wider region’s programme through its date, its geographical location and connections.

We would like to serve the Festival series with one of the founder’s thought of the International Organisation of Folk Art (IOV): “We build bridges between people and people, between folks and folks.”

We want to make the feast memorable and unique by the instruments of folk art, by the spectacular wording of our national identity, by presenting the peaceful coexistence of nations and by the vivid swirl of different cultures. At the same time, within the confines of the region’s long-decade cooperation, we would like to contribute to West-Hungary’s offers in tourism.