The conversion of the Trinity Chapel of medieval origin, which stood on the market square of the then country town Sárvár was begun in 1645 by the country judge Ferenc Nádasdy who had reconverted to Catholicism two years before. 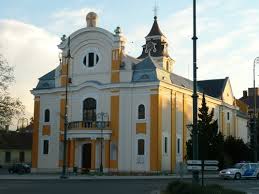 The builder was Pietro Orsolini. The church, whose ground plan is in the shape of a Greek cross, was consecrated to St. László. This early church covered a third of the present-day one. The church, which along with the town was destroyed during Rákóczi’s War of Independence, was rebuilt in 1732, the same year its tower was constructed. In 1830 two vaulted sections were added to the Baroque church, turning its layout into a Latin cross. It received its Classicist western facade at that time, as well. Due to the increase of the town’s population and the rapid deterioration of the church’s condition, reconstruction took place in 1926-1927. The parts east of the tower were dismantled, and so the church’s oldest part was destroyed. The new church gained two aisles, the sanctuary was moved to its western side, and the eastern side received its Classicist facade. The patron’s chancel was also created at the time. The stained glass windows that can be seen today are reminders of these constructions, too. Within the church stands Sárvár’s first public statue, the column of the sorrowful Jesus, made by the bailiff Mátyás Gayer and his wife Erzsébet Szundi in 1701. 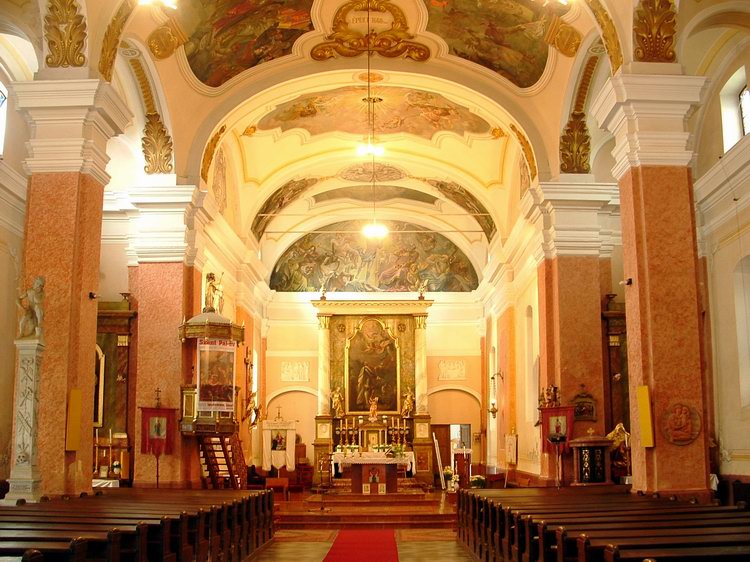