Other than the castle, the Church of St. Mark in Rábasömjén is the only other monument from the age of the Árpád dynasty in Sárvár. 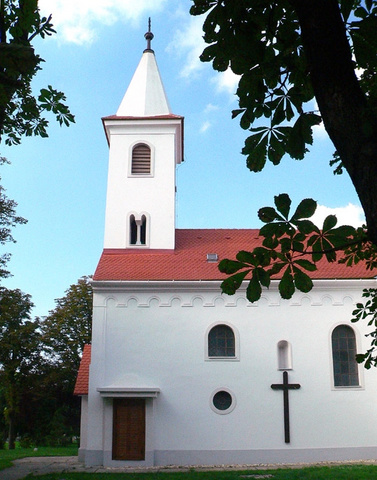 Its first written mention is from 1288. In the 13th century it used to bear the name of St. Peter, while at the end of the 17th century it was already named after St. Mark. The twin windows of its tower, its ornate gateway, the Romanesque gate used as entrance to its vestry, and the building’s eastern orientation are reminders of its Romanesque origin. During its reconstruction in 1933, the church was given a Neo-Romanesque exterior. During the renovations of 1973 further Romanesque remains were found. Within the church the artist József Pruzdik painted four scenes from the life of St. Mark and one from the life of Jesus, using a fresco technique.