This Catholic church of medieval origin was once Sárvár’s parish church in the town of Sár, which was administratively independent until 1912. Until 1767 the parish priest of Sárvár used to live in Sár. 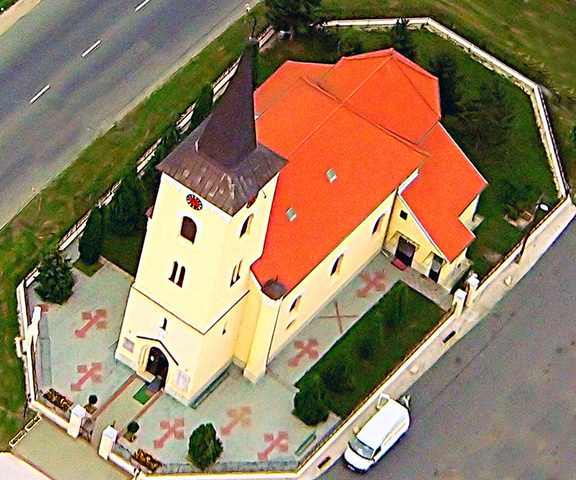 The church’s first written mention is from 1454, but even then it was already considered to be an old building. Its Gothic tower, eastern orientation, the windows positioned on its south side and the old statues, which in 1758 still stood on its tower, reveal its medieval origins. The church obtained its present-day form during the reconstructions of the 19th and 20th centuries. In the course of the reconstruction of 1830, and afterwards that of 1868, its painted wooden ceiling was swapped for a Czech camber-vault. In the 20th century reconstruction it was given a Neo-Gothic exterior. The church is significant in cultural history, because Sebestyén Tinódi Lantos, the chronicler of Turkish-Hungarian battles was laid to rest in the old cemetery surrounding the church, or perhaps within the church itself at the end of January 1556.